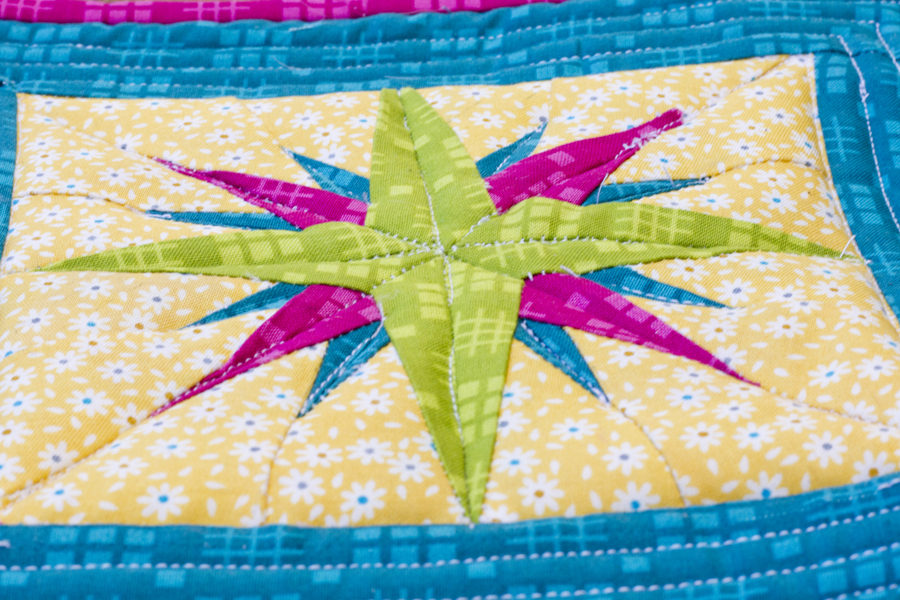 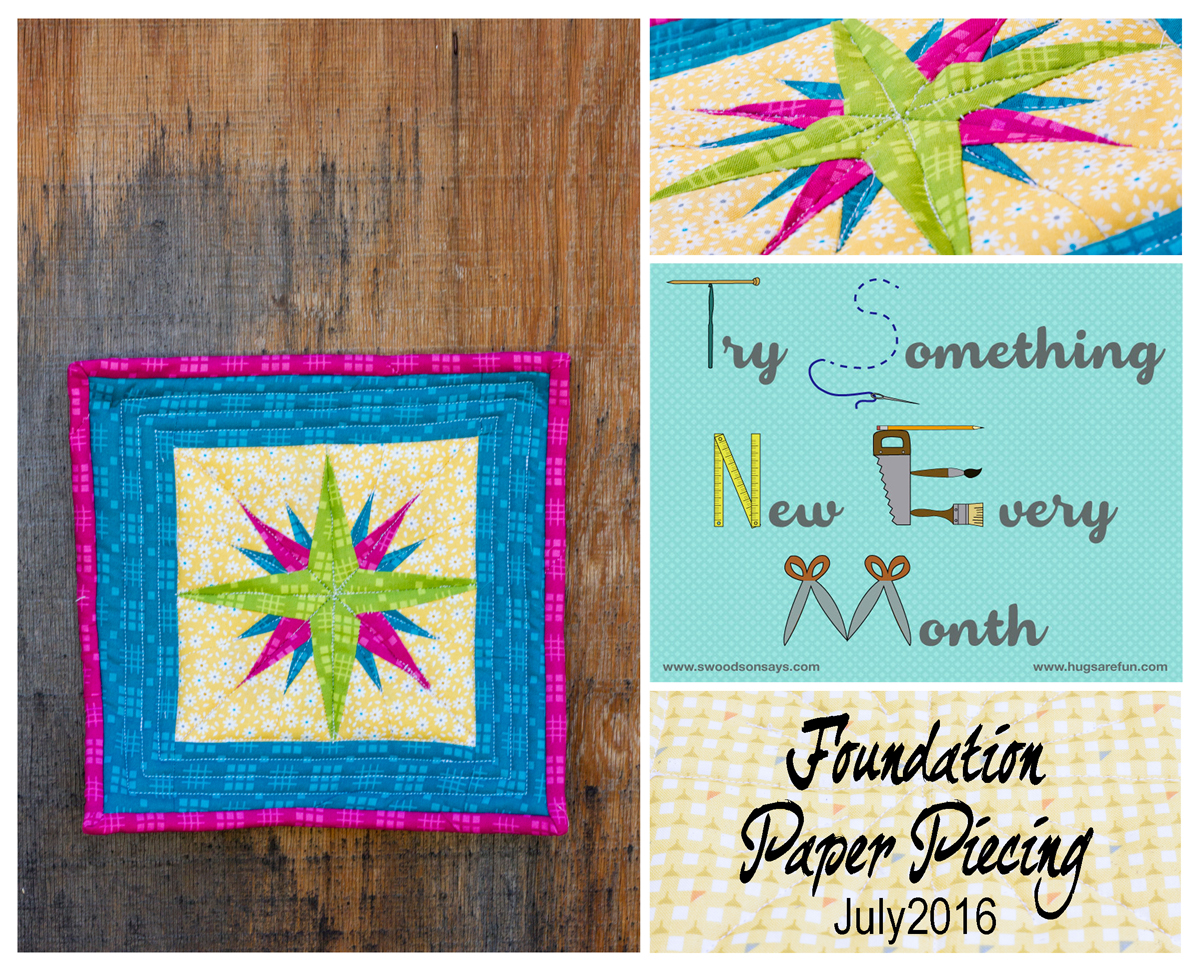 I ran across Stephanie’s and Rebecca’s co-hosted project, Try Something New Every Month (TSNEM) for 2016, in December, and I decided to participate because there are a lot of sewing techniques I have never tried and would like to.  You can read my original post talking about the project HERE, and the post that lists what projects I’m going to try each month HERE.

Last  month my TSNEM project was to make and use my own piping, and I used a pattern I was testing to teach myself the technique.

The original project for this month was to make and use a bodice sloper; however, I only made it as far as getting my measurements taken, so I did some rearranging of the schedule.  Instead of making a top based on the sloper, I tried Foundation Paper Piecing for the first time, and it was FUN!

I followed the free Mini Mariner Pattern by Brian and Tiffany Gaglieardi (Tyrannosaurus Cats) that I found on Craftsy.  I also used this tutorial from Patti at Patchpieces.com.  For this project, I used pieces of Pie Making Day Patty Cake collection leftover from Reagan’s Christmas Quilt.

Once I wrapped my head around how it actually worked and got a good picture in my head, it was actually pretty easy to sew each block.  It was really counter-intuitive to be sewing through the paper when I couldn’t see the edge of the fabric, but I’m happy I tried it!  I am sure it is something people who do FPP on a regular basis know how to do, but I did figure out how to chain piece which made the process go even more smoothly. 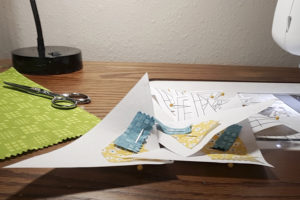 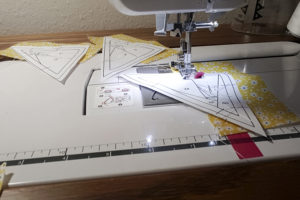 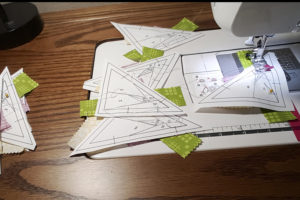 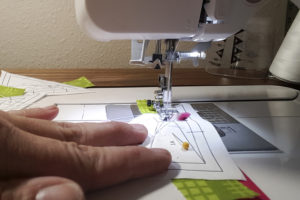 After finishing the block, I attached border fabric, sandwiched it with batting, and quilted in the ditch of the block, and then in squares through the turquoise piece.  My block ended up being crooked (even with squaring everything up), and I tried to fix it with the border which didn’t work.  I actually don’t mind it being a little off since it is my first one. 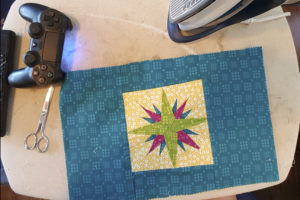 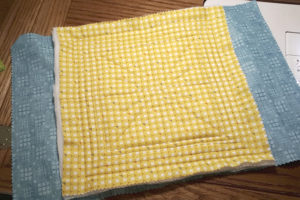 I posted a picture of the finished block on the TSNEM Facebook Page, where I was lamenting the visibility of stitches through the seams.  One of the other TSNEM participants suggested using a pigma pen on the threads that show, so I may eventually do that.

I finished the block with the same pink fabric I used for the medium size points of the star.  I am extremely happy with this project, especially since I was kind of flying by the seat of my pants learning on the fly. 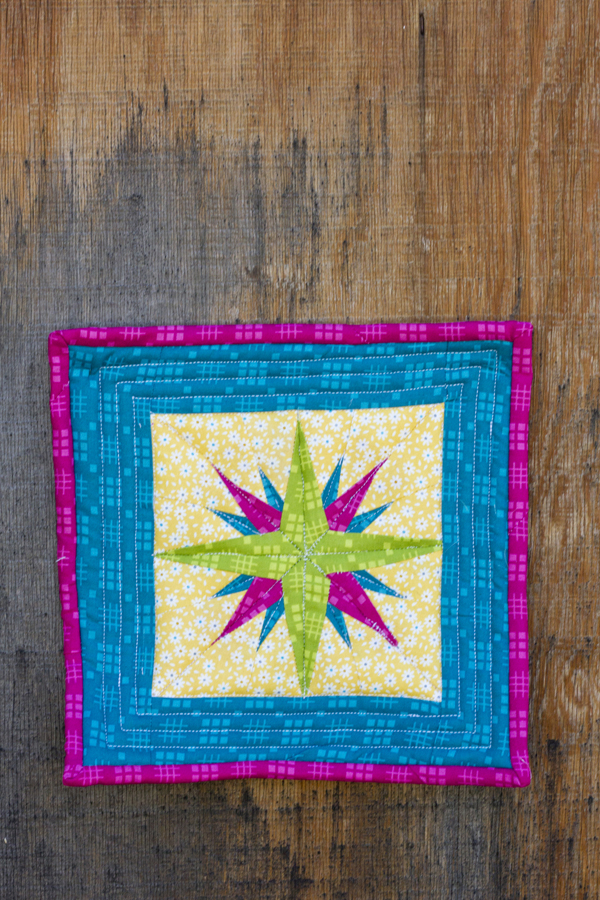 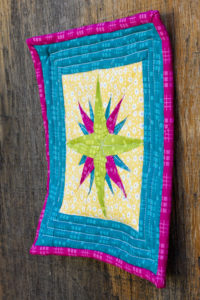 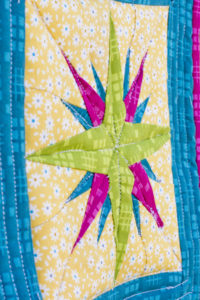 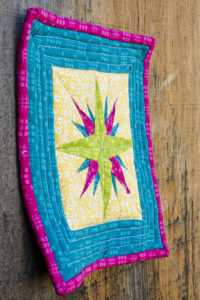 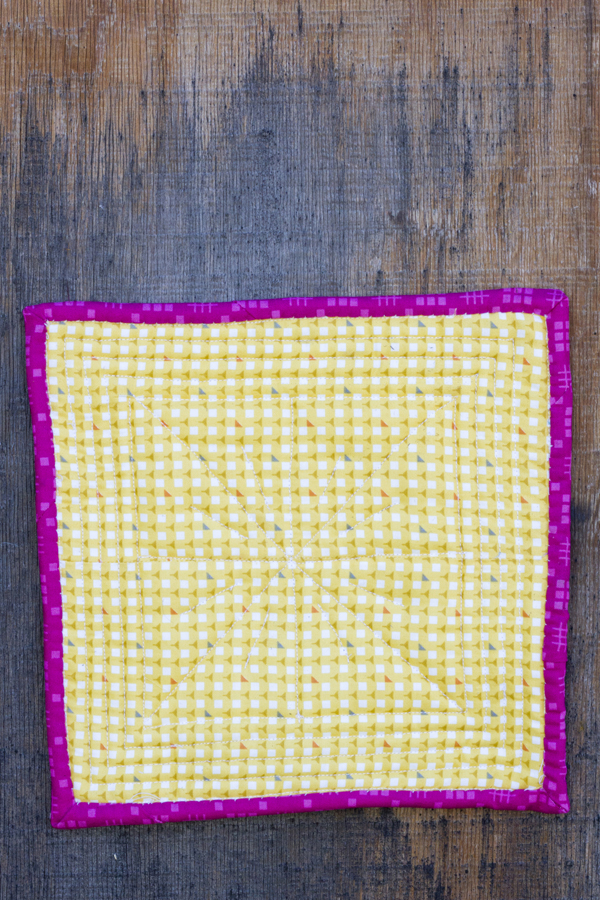 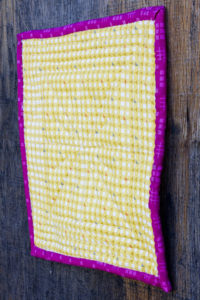 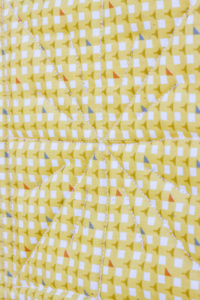 Next month I will be working on hat and mask making.  I kind 0f made a hat this spring when I made the Russian Kokoshnik, but it is actually more of a headband-type of headwear.  I want to make something a little more ambitious than that.

Did you try anything new this month?

This TSENM project is my third finish out of many I have on My Finish-A-Long Quarter 3 Project List.