One of the things I love the most is watching my kids participate in the activities they love.  Right now it is basketball season, and Harley is playing hard for the Cove Leopards Varsity Girls team.  This is her team picture taken by our local photographer, Susan Baird, and I absolutely love it! 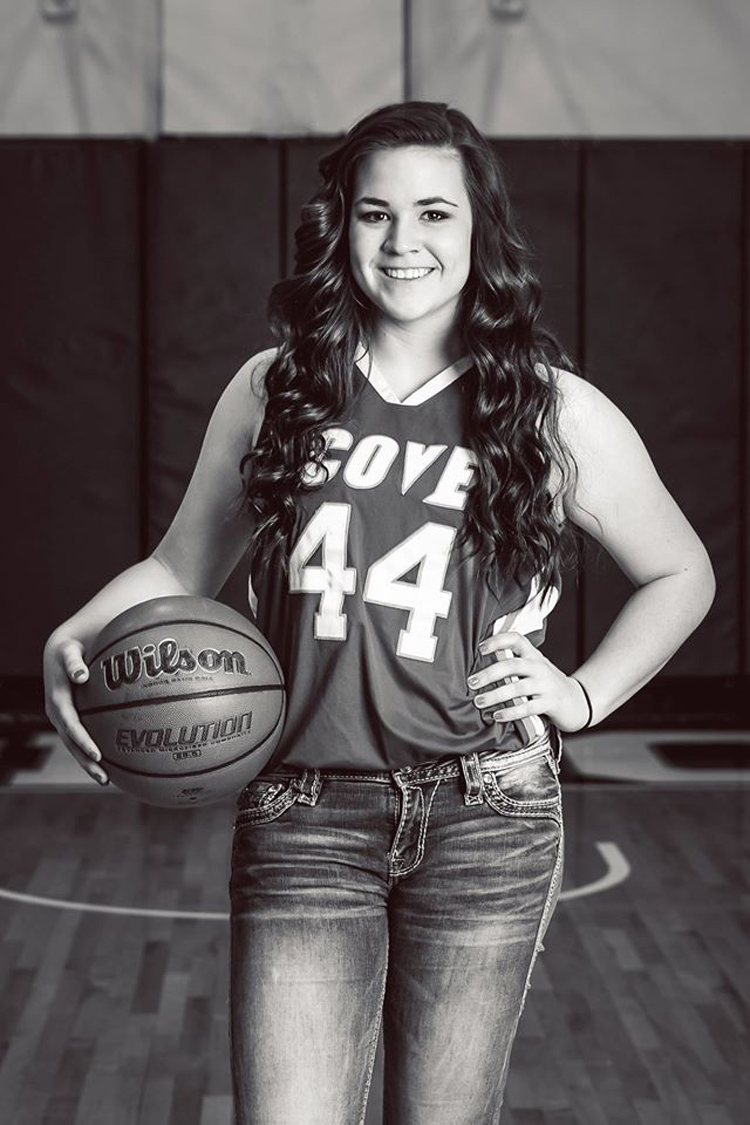 She’s having a great year, and she is enjoying herself despite the fact that they are not as successful as they would like to be – that’s what happens when a school is forced to play in a larger classification than it belongs in.  Luckily next year, when she is a senior, they will be back down to the classification they belong in.

So, The Bug has been really busy with basketball, and I love watching her play; however, there is just one problem.  I auditioned for and committed to My Fair Lady at our local Opera House, and we have been having rehearsals on Friday nights and Saturdays.  I am also the Assistant Stage Manager for the production, and I can’t just bail on rehearsal, so I haven’t been able to watch her nearly as much as I want to.  It bothers me, and I have no doubt that it bothers her, even though she hasn’t said anything.

She makes the best expressions, and when she laughs, her smile is so contagious.  In this picture, the opposing team’s announcer had mispronounced (we’re pretty sure on purpose) her teammate’s last name as “SHART” instead of “SHORT”.  I caught this sequence of her laughing, and even though it isn’t in focus, I absolutely love it.

Of the games I have made it to, Harley has played great, and she has bee really fun to watch.  Her defensive skills are just getting tougher and tougher, and she remains an unmovable brick wall.  I love it! 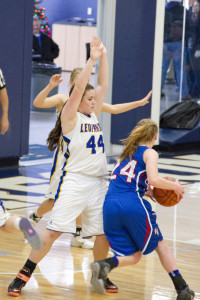 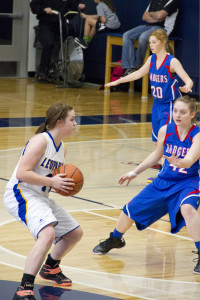 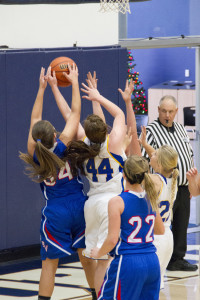 Can you tell by this picture that her favorite sport is softball?  I have to admit that she is the first girl I’ve ever seen who “softball” throws a ball across the gym instead of making a regular pass.  I wish I would have had muscles like that when I was 17! 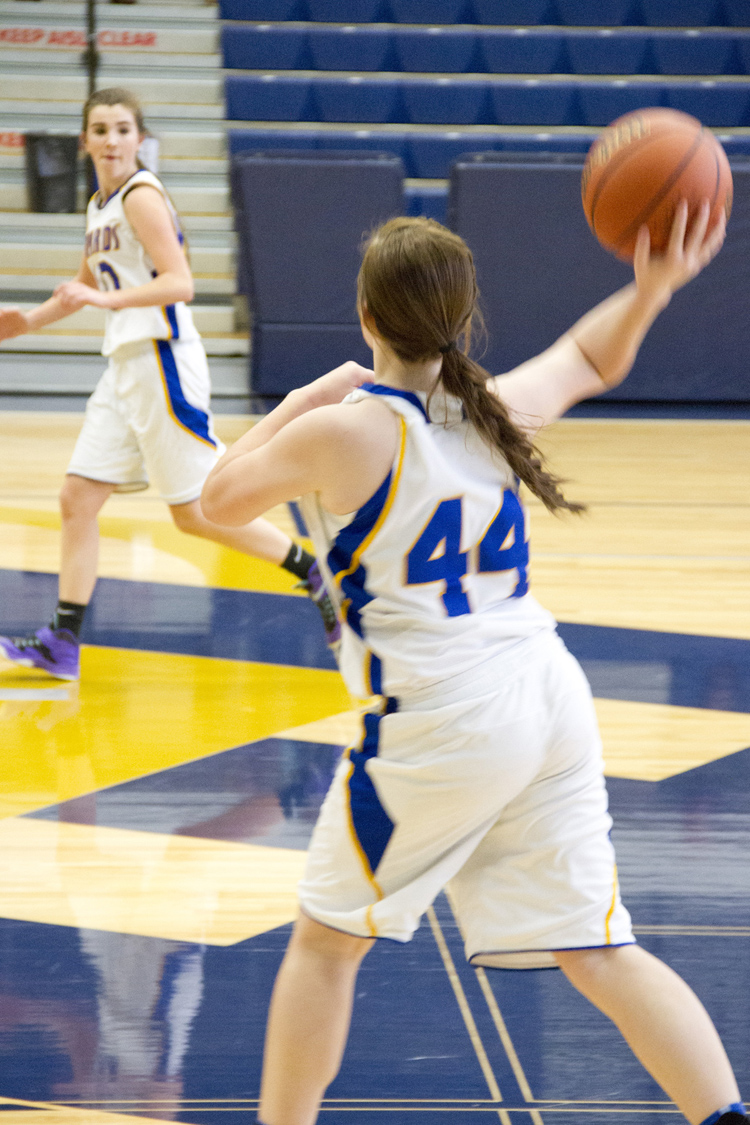 League Play at Union High School vs. the Bobcats 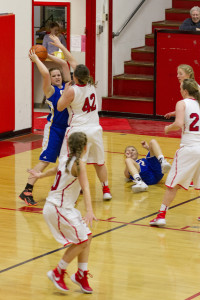 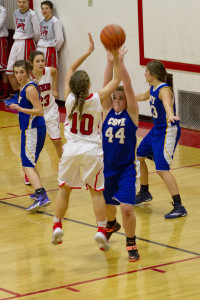 When I talk about Harley being unmovable, a brick wall, or being extremely strong I’m not just being a proud parent (though I certainly am).  It is obvious in her play in any sport, whether it is volleyball, basketball, or softball, she works hard and is a force of nature.  She just reached up and took that ball from her opponent.  It was amazing to watch! 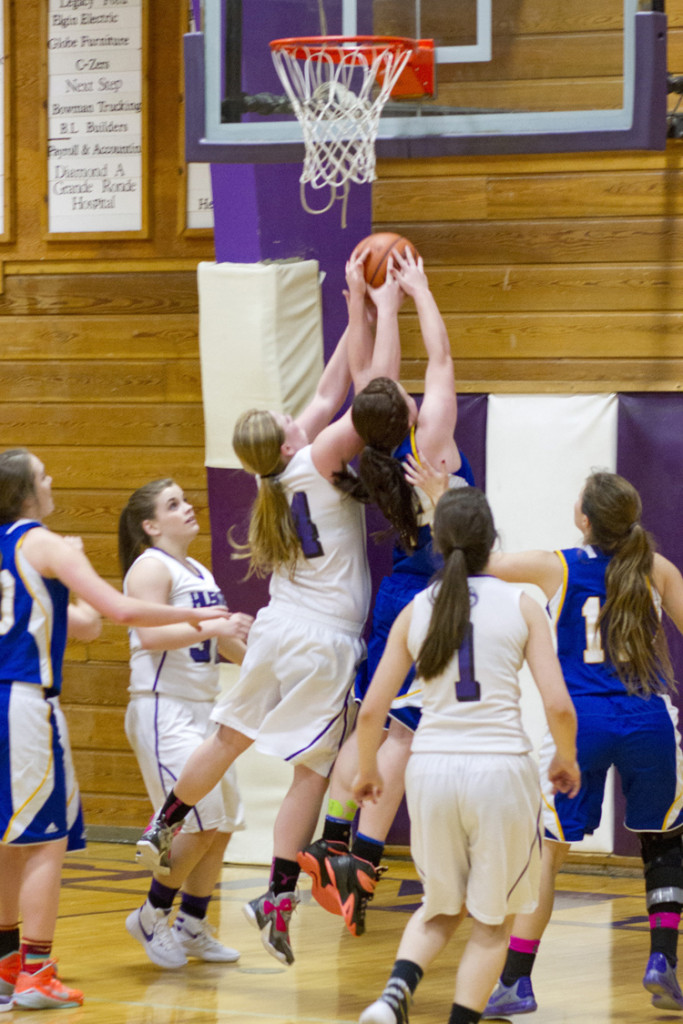 Unfortunately, all her strength and determination don’t always work, especially when you’re facing the girl who is probably in the top 10 basketball players in the entire state and she is at least seven inches taller than you.  It’s even harder when you’re double teamed. 😉  Harley always says, “Mom, I want to hate her because she’s so good, but she’s just so nice it’s impossible to hate her!”, when she talks about Catherine Clemens from Burns. 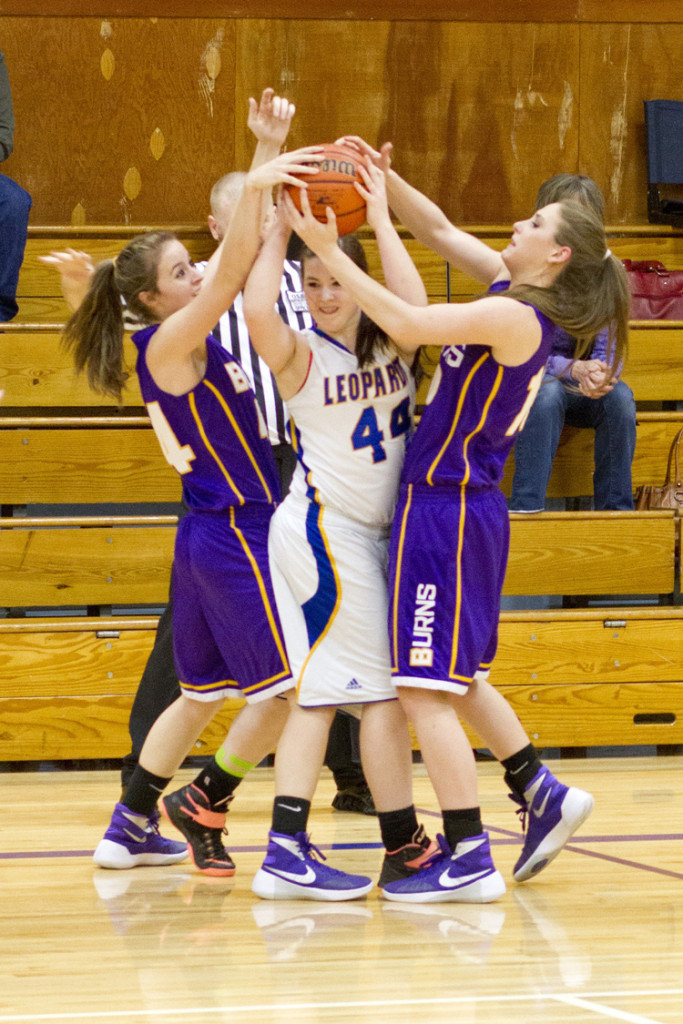 Of all the games I’ve watched this year, this was my absolute favorite.  This time, they were playing Union at home in Cove, and they pulled off the biggest upset of the season.  They beat the Bobcats by the small margin of 3 points.  It was so fun to watch their fire and determination light up the floor and shut down their opponent! 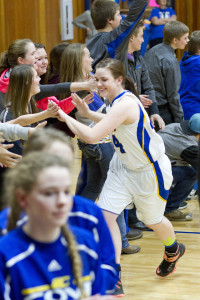 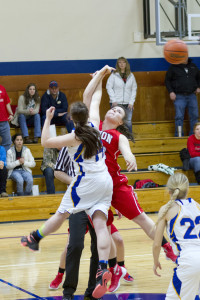 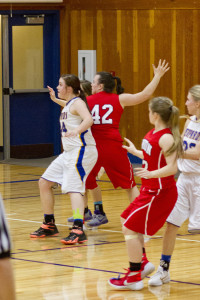 This is my absolute favorite picture of her from this year,  this is the moment the buzzer went of and they realized they had won the game for sure.  I love her excitement! 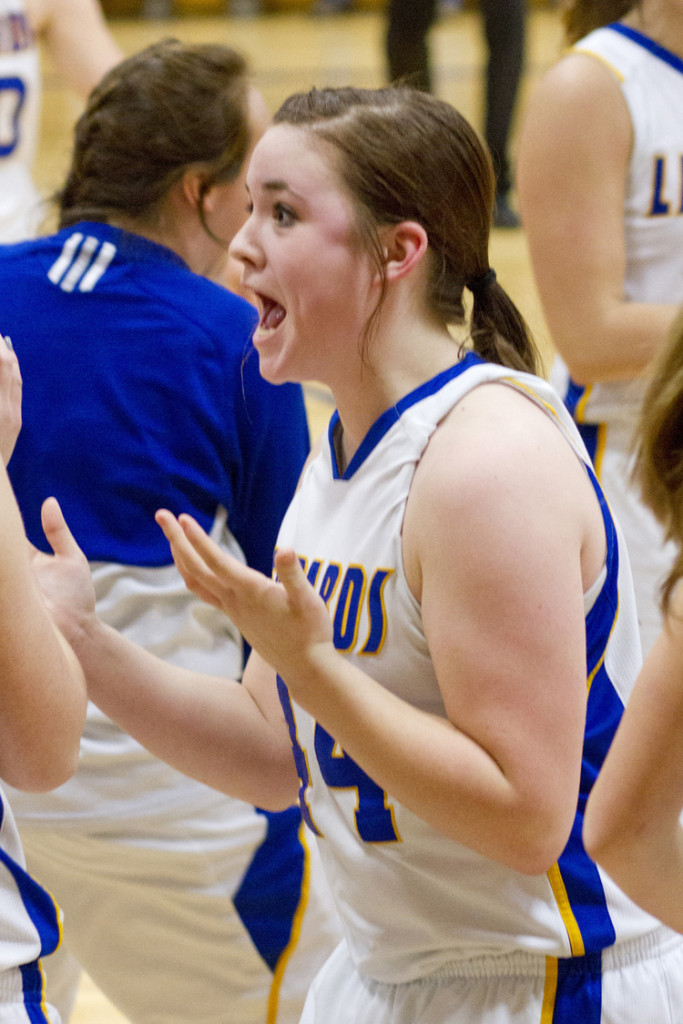 So, to you, my Bug, I love you more than anything, and I am proud of your determination, strength, commitment, and drive.  Keep working hard, and success will come, this picture is the proof!