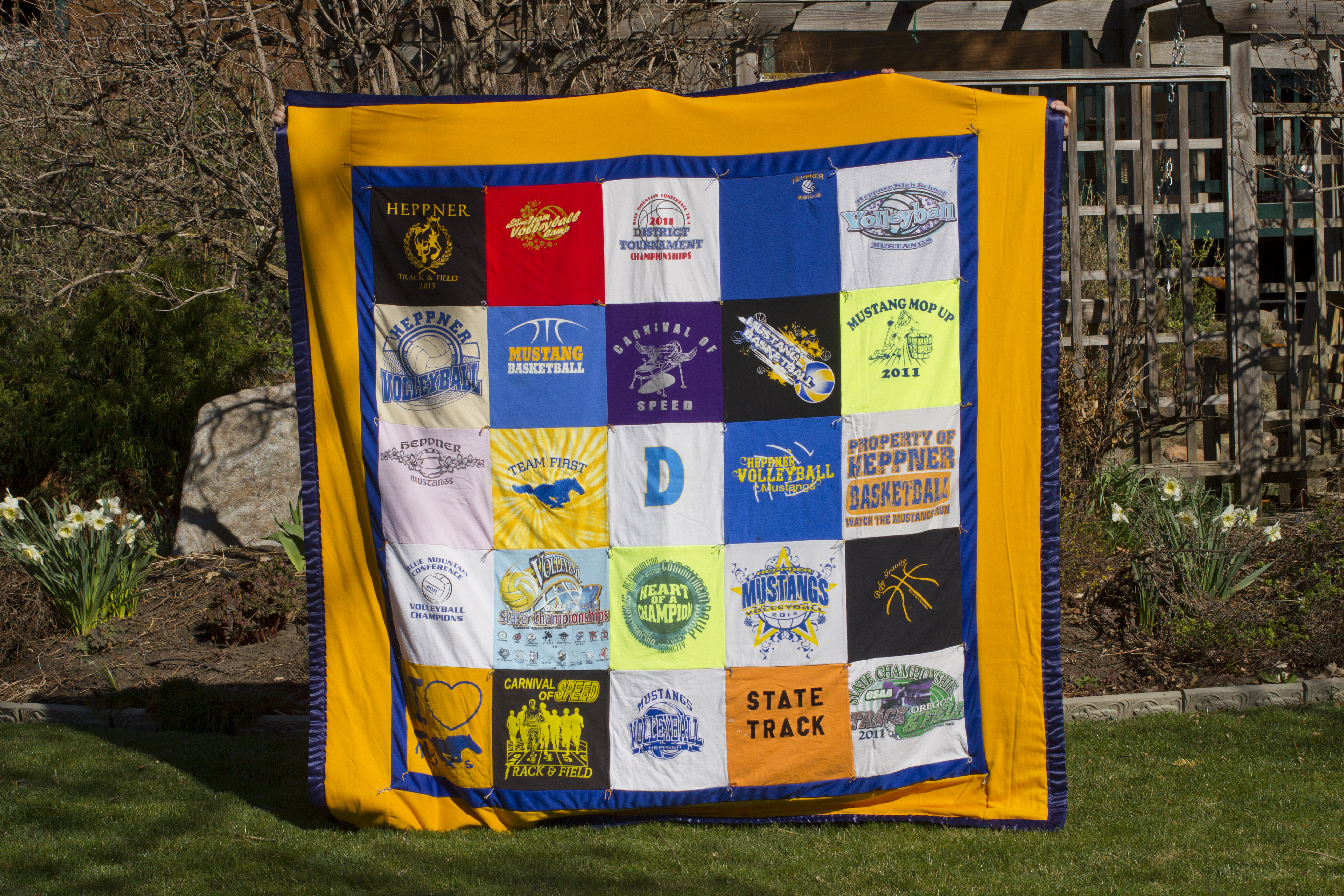 Some time last Fall, my oldest daughter, Emma, asked me if I would be willing to make a quilt for her out of her old high school t-shirts, and she brought a very large bag of t-shirts over to our house for me to use.  I didn’t get around to sorting through the bag until late February, and I started working on her quilt at the beginning of March.

I was a little worried about making it because I had never made a quilt out of knit fabric before and, essentially, I would be destroying t-shirts that were important to her in the process.  Harley helped me get the t-shirts configured in a pattern I liked, and then I got really nervous because I had to cut them.

After I cut the shirts out, piecing the quilt was super simple – five 12″ blocks high by five 12″ blocks wide surrounded by a band of blue (Emma’s high school colors are gold and blue).

The quilt wasn’t quite as big as I wanted it to be, so I also added a large band of gold followed by the binding which was a dark blue.

Instead of machine quilting it, I tied it with blue and gold cotton thread (the super thin crochet thread), and I am really really happy with how it turned out.  It is much heavier than I expected, and it is very warm.  I snuggled under it for a little bit before delivering it to Emma, and couldn’t stand how hot it made me.

I had enough of the blue and gold fabric left over that I made her a funky little pillow, too.

Emma loves her quilt, too, and she says she uses it all the time, which makes this mom really happy.  I think the key to success, for me, was a wooden 13″ square my dad made for me to use as a template for cutting out the shirts.  It helped me ensure that they were all a uniform size.  I was also really careful when I pieced them together to make sure the seam allowances remained the same.

2 thoughts on “Oh the Memories”