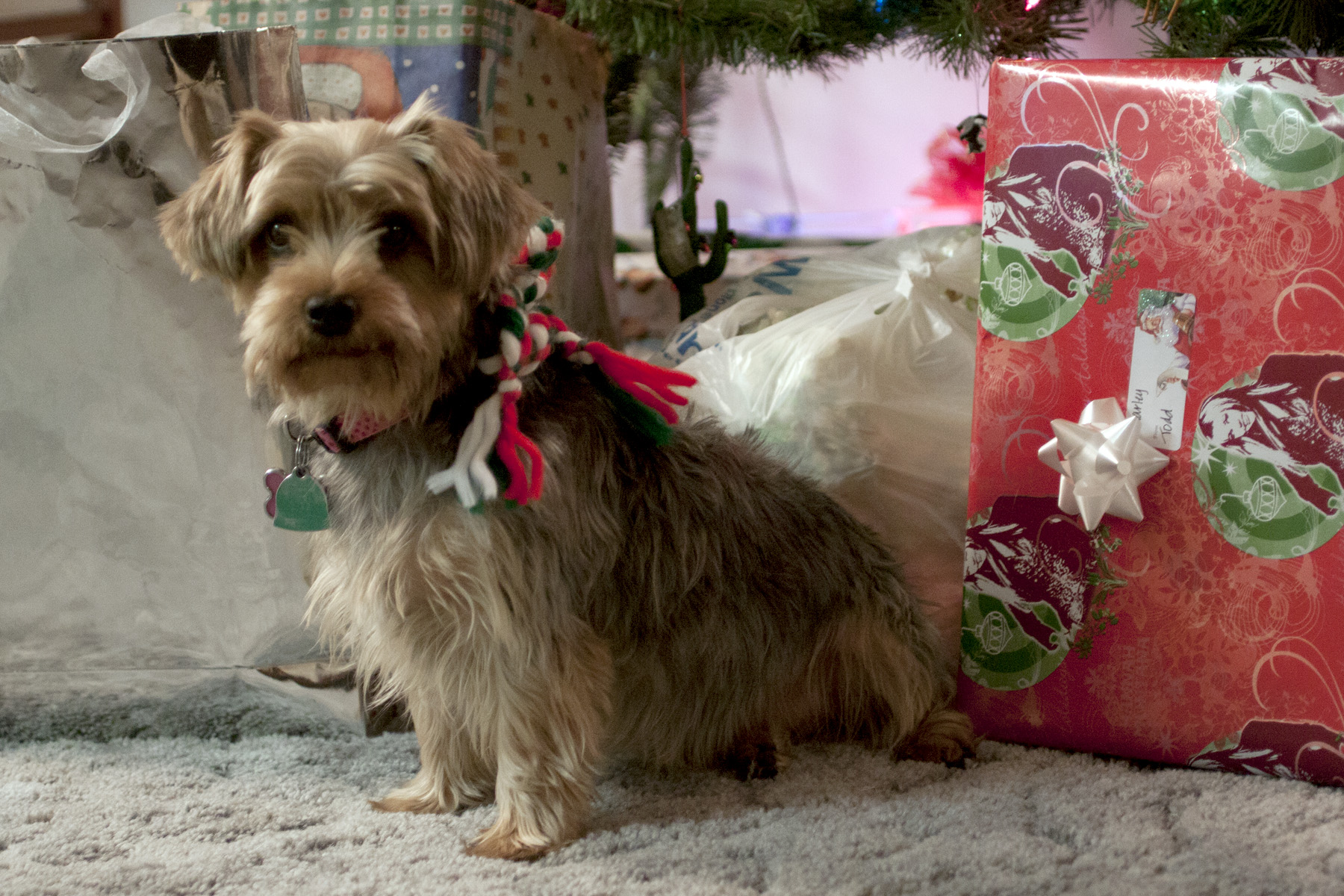 The girls and I celebrated Christmas with Todd’s family on Christmas Eve.  We had a great, relaxing afternoon, dinner, opening gifts, and playing games.

Even Lucy got a little festive and let me take a picture of her in front of their tree.

Todd’s brother , Troy, and his girlfriend have three Teacup Yorkies – Bear, Precious, and Copper.  Copper is the offspring of the other two.  Emma fell in love with Copper, and I’m really surprised I haven’t found him hiding in her stuff today.

Harley The Reindeer also made an appearance.

Troy and his girlfriend, Cara.

Reagan and Terrance played Santa and handed everyone their gifts.

Harley and Aleasha, Troy’s daughter, they are one another’s sidekicks.

One of the games we played was Funny Bone.  The object of the game is to divide into teams of two.  The players have to hold a card between body parts, and the last team who has not dropped any cards wins.  Emma and Reagan did great – they always seemed to get cards that worked really well with their size difference.  Harley and Aleasha were in fits of giggles the whole time.  Todd and Terrance did pretty well, too.

When it was my turn to play, Terrance was my partner, and we got some really complicated cards, but WE ROCKED IT, and won the game! 🙂

This is Copper’s dad, Bear.  He’s super sweet, and loves to play fetch.

Every now and then someone gets a hold of my camera and I end up in front of it instead of behind it. 🙂

And this is Rooty, Glenn & Anita’s dog.  His full name is Rootbeer Float, and he is Lucy’s boyfriend.  They play tug-of-war and chase one another until they fall over in a dead sleep.  It’s pretty awesome.

We had a great time, laughed a lot, and came home full, relaxed, and ready for Christmas Day.